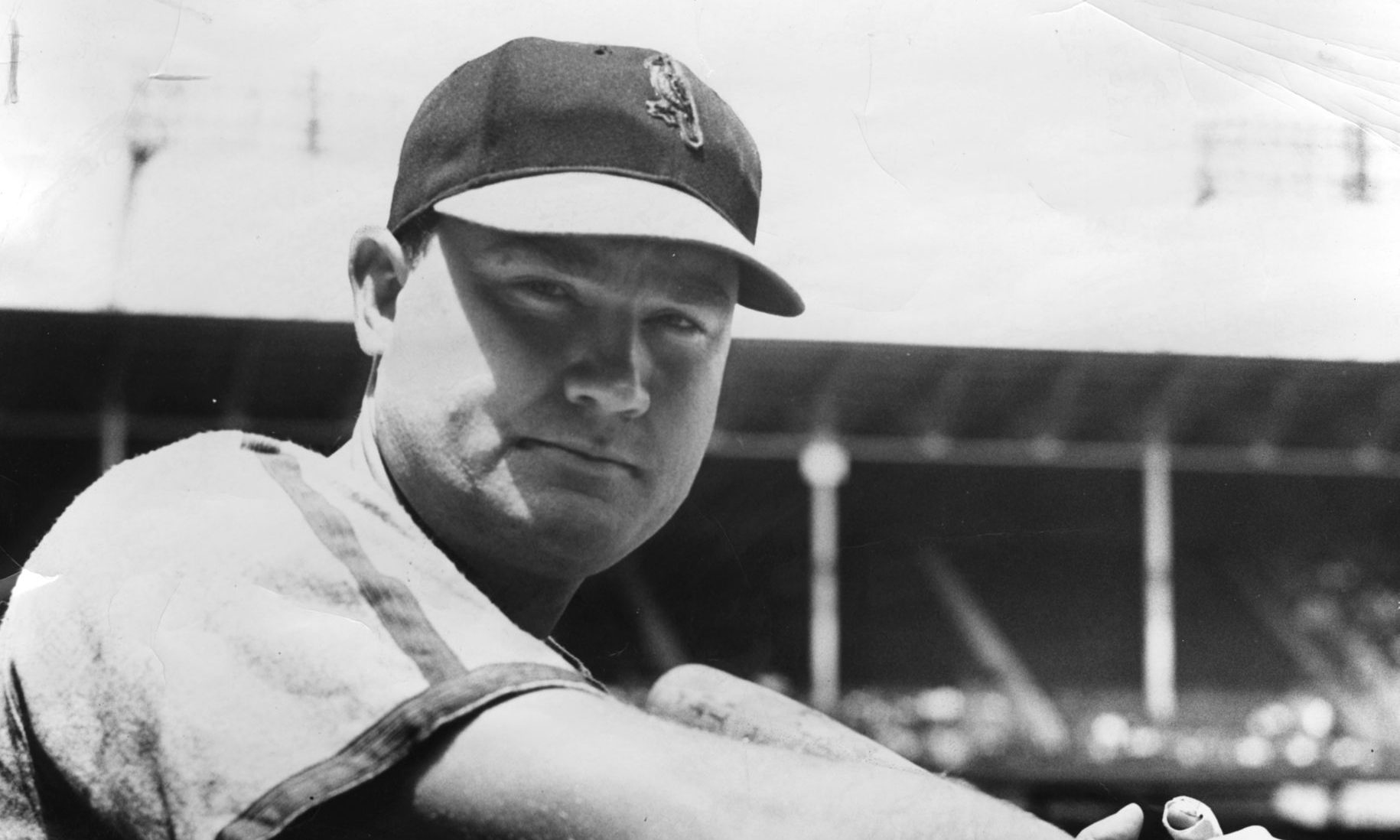 Johnny Mize was a solid first baseman with a powerful swing behind the plate. He was dubbed “The Big Cat” early in his career because of his poise and ease in the field along with his graceful stance at bat. Mize played professional ball for 22 years and is remembered for his impressive hitting career.

Born in Demorest, Georgia Mize did not play much ball growing up due to the limited number of available players, but he spent a lot of time watching the local college boys from Piedmont play. As a sophomore in high school he was recruited to play for Piedmont and then scouted by the St. Louis Cardinals. In 1931, he had his first full season in professional baseball. After playing in the minor leagues for a few years he began his rookie season with the Cardinals in 1936. He proved his batting capabilities in his first season hitting 19 homers.

Soon, he was starting first baseman and hit 25 home runs in his second season. His batting average continued to climb. In 1938, he had a .337 batting average, and a year later, he led the league in both batting and home runs. Beginning in 1938, while playing for the Cardinals, he started a stretch of three straight seasons with a slugging percentage of at least .600. After the 1941 season, he was swapped to the New York Giants in a multi-player trade. Mize had one year with the Giants. He batted a .305 and led the league with 110 RBIs before he decided to join the Navy. On his return he gave the Giants four excellent seasons, and in 1947, Mize tied Ralph Kiner for the National League home run record hitting 51 home runs.

In August of 1949, he was sold to the New York Yankees for $40,000. At this time, he was not physically capable of being a full-time player and was used as a backup first baseman and pinch hitter. Mize was a major contributor to the classic 1952 World Series. In the ninth inning of game three Mize went up to bat at the bottom of the ninth. He hit a two-run single that gave the Yankees a 4-3 victory over the Dodgers. He had major triumphs during the next four games that year, and at 39 years old Mize led all Series players with a .400 batting average. He spent four-and-half seasons with the Yankees and during that time collected five pennants and five world championships. He retired in 1953 and served as a Giants scout and coached for the Kansas City Athletics in 1961.

The achievements in Mize’s baseball career were numerous and impressive. He won four National League home run titles, a batting title and three RBI crowns. He hit three homers in one game more times than any other National League player at the time of his retirement. He had 359 homers in his 15 year career, kept his batting average above .300 and hit a home run in all 15 Major League parks. After a long delay, Mize was elected to the National Hall of Fame in 1981.